The Spokane County Interstate Fair has had many good themes over the years with their accompanying artwork. Early on, fair staff and management identified animals as one of the main reasons people come to the Fair each year and focused their advertising in the late 1970's and early 1980's around them. During this time frame, the Fair went through a phase of barnyard noise themes including "Yum Yum - Yahoo - Oink," "Ee-igh Ee-igh, Oh," and "Quack-a-Doodle-Oink."


In the late 1990's the fair turned its attention again to livestock creating its own "farm family" which extended into the first few years of the new millennium.


In 2005, now having covered almost all of the animals shown at the Interstate Fair, the themes were then centered around other exhibits that could be found at the fair annually.


Spokane does not have a public aquarium and thus many of the area residents miss out on the opportunity to see ocean critters.  Joining us for the 10-day run of the 2016 Interstate Fair is SHARK SHOW!  This Jaw-Dropping educational exhibit is sure to be a guest favorite.  The artwork was created by Michael Bagley. 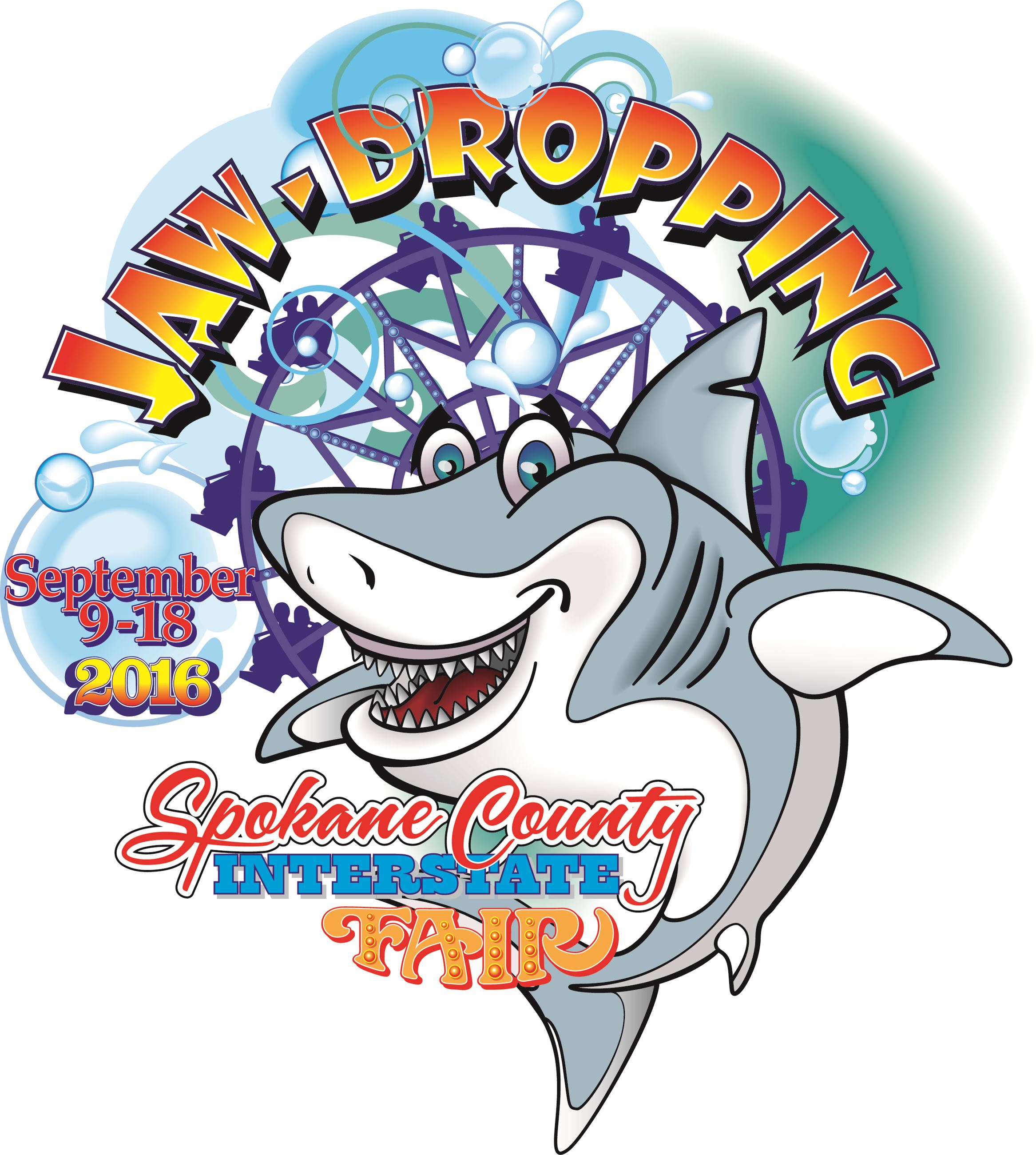